Here’s a current-as-of-January 2020 list of everything I subscribe to, none of which is guaranteed to be updating or even be good. I tried to clear out dead links but time comes for us all. None of this includes stuff on my to-listen/to-read list.

For podcasts I use Podcast Republic, for everything else I use Inoreader.

“I can’t believe you,” they said as they scooped her up. “Now you’re going to have to get rabies shots.”

“I don’t have rabies,” said the cloud of bats, which was now a very large man sprawled out on Freddie’s porch. He was stubbly and tousled, which would have been a better look if he hadn’t been wearing shorts and a Hawaiian shirt. They were, at least, black linen and not jorts. He had an enormous and ugly wound on his leg, pure black against paper-white skin.

Freddie looked at Ellen, and her stained black teeth. Then they looked back at the man.

“I’m going to go get a first-aid kit,” they decided.

“That would be nice,” he said.

With Ellen firmly secured into her kennel, they re-emerged into the porch with a plastic briefcase full of gauze and unguents. They assumed there were unguents. It seemed like the kind of thing a first aid kit ought to have. They’d also brought a damp washcloth, which they offered to the strange man so he could clean himself up.

“… you can turn into a cloud of bats,” they pointed out.

“Yeah,” he said. “It takes a lot of bats to carry most packages. One bat would be a very inefficient delivery service provider.”

“You’re bleeding black,” they said, looking at their various bandaging options. Fortunately, the chihuahua-mauling looked much better now than it had. They offered him a tube of antibiotic ointment, which they were not convinced did anything, but which was the only unguent available. They were deeply dissatisfied at their unguent options, and would keep it in mind while purchasing future first aid kids.

“It’s ink,” he explained, smearing almost the entire tube on his leg. “In case I forget my pen.” The print of his shirt was a variety of cocktails on a black background. He wasn’t wearing a name tag.

“I don’t think I’d feel comfortable signing for a package with someone else’s blood,” they said.

“I know it was supposed to be here by eight,” he sighed. “You’re out of the way, it happens.”

“You’re also, like, eight feet…” They gestured to where he’d sprawled. “Long.”

He grinned. “That’s just good genes, is what that is.”

They bit their lip to suppress a grin in return, handing him gauze pads. “I mean, like–tall. But lying down.”

“Yeah, I got that,” he said, pressing the gauze pads against his leg. “Oh, did you think I thought you meant…? My dick? Like a dick thing? Because I didn’t. It’s not that big.”

“Oh, okay.” They were trying to keep their face neutral. It wasn’t working. They were also awkwardly working out how to wrap a bandage around his leg without getting his hand stuck. It involved a lot of getting their arms all wrapped around a strange man’s leg and trying not to make eye contact. He smelled like a broken ballpoint found in an otherwise empty backpack.

“You usually only get those kinds of proportions in things that can’t move,” he said, apparently oblivious. “Like barnacles. They can’t really, you know…” He made a gesture that approximated his hands humping each other, which at least got them out of the way of the bandages. “Instead they’ve just got to reach. With their dicks.”

“You know a lot about animal dicks,” they said.

“Yes,” he agreed, “which from your tone I’m realizing isn’t something I should reveal within the first half hour of meeting someone.” He accompanied this with a pair of silently apologetic fingerguns.

“Probably not,” they agreed. “I’m sorry you got mauled by a chihuahua.”

“There are worse things to be mauled by,” he said.

“It’s an ancient and noble breed.” He said this very seriously, the way Freddie often did when defending their dog-related life choices.

They held out their hand. “I’m Freddie, by the way.”

“I know,” he said, accepting it for a shake. His hand was warm and calloused and practically swallowed theirs with the size of it. “I saw it on the label. I’m Arby.”

“Oh,” they said. They tried to think of a way to tactfully move on. “Like the meat,” they said instead.

“Oh,” they said. His hand was still holding theirs, even though the handshake was over.

“Yeah,” they said, which felt like a safe response. “I can see that,” they said, continuing to talk for some reason. “Meat’s good,” they finished, and should not have.

“Yeah,” he agreed. “I should probably go get your package.” He gestured to the lawn. They looked, and saw it sitting dented in the grass. The cardboard was long, and broad only at the base.

“Okay,” Freddie said, “I can definitely see why you thought I’d be down to talk weird dicks.”

Freddie was forced to confront the reality that, not long before, a cloud of bats carrying an enormous cardboard phallus had been flying toward their home. And they hadn’t even been able to take a picture of it to post on Twitter.

“Would it help if I said that it’s actually a poorly packaged, but very cool sword?”

“No,” he said. “That’s… I would say that’s worse, actually, in every possible respect.”

“Everyone thinks their sword is cool.”

“I was going to leave it under this table,” he said, “but your dog got pretty pissed.”

“She does that,” they said, muffled because they’d buried their face in their hands. Then they pulled themselves upright, and trudged into the yard to retrieve their mail. They had to carry it back held in both arms. “… I have a really poor sense of scale,” they explained.

“Are you good?” they asked.

“I think so,” he said, clumsily moving to stand. When he did, his head almost hit the roof of the porch. Freddie had to lean back a little to look up at him. “It’d be weird if I asked you out, right?”

“I normally wouldn’t, but you seem like you’re into huge dongs, so.” He grinned.

He faltered. “Not that I… that’s still too big,” he said, waving a hand at the three feet of cardboard in their arms. “That seems unsafe.”

“You should probably consult your doctor or something before–”

“Were you thinking coffee or a movie or what?” they interrupted, and he grinned again.

“How about I just give you my number, and you can text me so we can decide?”

“Cool.” He licked the tip of his finger, and started writing on the cardboard.

“It’s a whole thing,” he said. He had to lick his finger every time he started a new number. “There,” he said when he finished the curve of the last 5.

“If you don’t hear from me, it’s because I hurt myself with a huge dong and now I’m in a coma,” they said.

“I was always planning to assume that,” he said with a knowing nod. “Later.” Then he turned into a cloud of bats (one of whom was mummified in gauze, and had to be carried by the others) and flew away.

Freddie watched the cloud disappear across the skyline before shuffling back into their house and shutting the door. They opened the indiscreet box, and contemplated the contents. Then they pulled it out, and gave the sword a few experimental swishes. It was still covered in foam to keep it from cutting through the cardboard. The handle gleamed with silver filigree.

“I think it’s a cool sword,” they said defensively to no one. Then they slouched. “It’s totally not, though.”

testing this out with post-title permalinks but i’m p sure it still hates title-less posts (which is, yanno, fair)

really loving how all the tumblr cross-post plugins are old and busted, and no desktop blog editors for wordpress support tumblr publishing (except for like two that are mac only)

on a fundamental level i am aware that this is probably a very silly way of doing things (versus putting a blog into my main website, somewhere sensible)

but i would still very much prefer to have a distinct space for word vomit, and i feel a vague and nonsensical desire to keep my main site ‘professional’ in some illusory way 1

at least i managed to get footnotes working 2

if my local tumblr import ever finishes i’ll see if i can archive it right here in the same place, otherwise i’ll keep working on importing the scraped backup into grav as a frozen-in-time archive

oh shit is this actually working?? 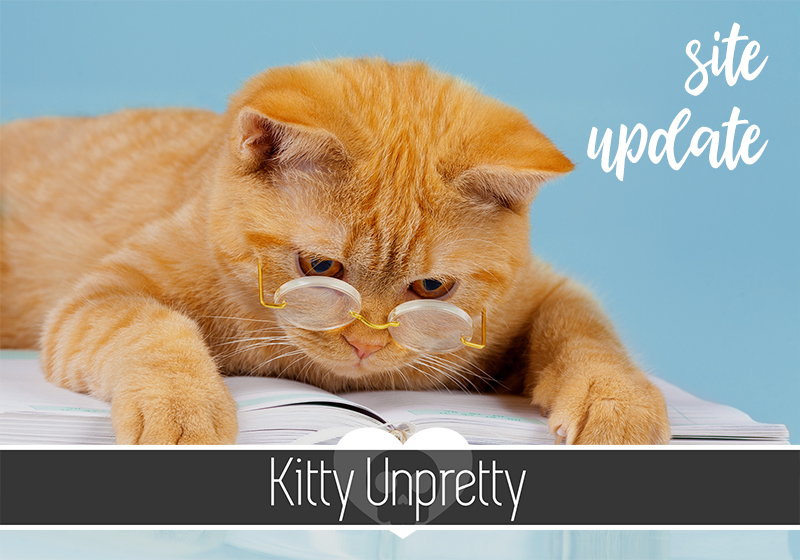 how did this get here i am not good with computers